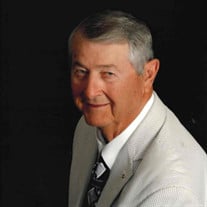 Ancrum “A.W.” William Hilton, Jr., 78, of Ridgeville, husband of Jackie Way Hilton, passed away on Thursday, April 1, 2021 at his residence surrounded by his family. A gathering of family and friends will be held on Tuesday, April 6, 2021 from 5 o’clock to 7 o’clock at James A. Dyal Funeral Home. A memorial service will be held on Wednesday, April 7, 2021 at 11 o’clock at Summerville Baptist Church, 417 Central Ave., Summerville, SC 29483. Flowers will be accepted or memorials may be made to The Gideons International at www.gideons.org. A.W. was born on August 3, 1942 in Summerville, SC, son of the late Ancrum William, Sr. and Elizabeth Knight Hilton. He graduated from Harleyville Ridgeville High School and attended University of South Carolina. As an avid outdoorsman and sports enthusiast, he shared his lifelong love of nature and sports with his family and close friends. He was a member of and leader at Limestone Baptist Church for many years. He has been a member of Summerville Baptist Church for the past 18 years, serving as a deacon and on many other committees. He was recognized for his service in the Dorchester County Jail Ministry/Bible Study. His sincere role in faith has included being an active member of the Gideon’s International program for 27 years, taking on numerous leadership positions, including being President of the Gideon Summerville Camp. Additionally, he was a member of the Baptist Disaster Relief program that served the community in the event of a hurricane or natural disaster. In his career in car sales of 48 years, the majority of these worked at McElveen Buick-GMC, he was considered a professional in his trade. He obtained numerous awards including, salesman of the year multiple times, salesman of the month, distinguished leadership awards, and many others. He was recognized and respected as a true leader by his peers in the car industry throughout the Tri-County region. He was also the owner and operator of Crescent Oil Company of Ridgeville, S.C. Survivors in addition to his wife Jackie of 58 years are: three children: Shelley Preseau of Ridgeville, Christi Hilton Risher of Knightsville, and William Brian Hilton (Su Min) of Daegu, South Korea; seven grandchildren: Jeffrey Preseau, II (Amanda), Rachel Gorman (Brent), Zachary Ethan Preseau, Vanessa N. Risher, Chandler M. Risher, Yeji Lee, and Yein Lee; great grandson, Jeffrey Dean Preseau, III; many dear nieces and nephews and one siser: Janice Duncan (Ernie). A memorial message may be written to the family by visiting our website at www.jamesadyal.com. ARRANGEMENTS BY JAMES A. DYAL FUNERAL HOME, 303 SOUTH MAIN STREET, SUMMERVILLE, SC 29483 (843)873-4040.

Ancrum &#8220;A.W.&#8221; William Hilton, Jr., 78, of Ridgeville, husband of Jackie Way Hilton, passed away on Thursday, April 1, 2021 at his residence surrounded by his family. A gathering of family and friends will be held on Tuesday, April... View Obituary & Service Information

The family of Ancrum "A.W." William Hilton Jr. created this Life Tributes page to make it easy to share your memories.

Send flowers to the Hilton family.