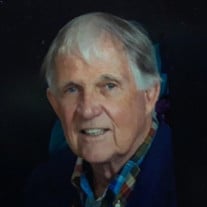 Arthur Francis Doty III (Bud) died suddenly on January 24, 2022, due to heart failure. He was born March 25, 1943, to Arthur Francis Doty Jr. and Mary Elizabeth Harrison Doty in Panama City, Florida. In the Early 1950s, the family moved to Summerville, South Carolina. Bud graduated from Summerville High School in 1961 and attended Spartanburg Junior College and Palmer College in Charleston. Afterward, he joined the Army 82nd Airborne as a paratrooper. In 1965, Bud married Bonnie Laura Dean, who he met in the 8th grade. They were in the Summerville high school marching band together, Bud playing the drums and Bonnie playing the flute. Bud worked in real estate and became an entrepreneur in Summerville, starting Trident Answering Secretaries. After owning and operating the company for 33 years, Bud and Bonnie retired to Edisto Island, where they became active in the Lowcountry Land Trust and Trinity Church. His interests were fishing, genealogy, Civil War history, and gun collecting. He was a former Governor of the South Carolina Mayflower Society, a member of the Order of Founders and Patriots, a member of the Sons of Confederate Veterans, and a former member of the vestry of Trinity Church. Bud leaves behind his wife, Bonnie, of 56 years, his two daughters, Laura Doty Adams (Adam) and Christine Harrison Doty, his brother Robert Lee Doty (Teresa), his sister-in-law Michaele Dean Rogers (Wilson), brother-in-law James Dean, and his nephew Bobby Doty (Melanie), and several cousins and grandnephews. A graveside service will be held at Trinity Church on Edisto Island at 2:00 pm on Sunday, January 30. Memorials can be given to Trinity Church Grounds Beautification at 1589 Highway 174, Edisto Island, SC 29438. A memorial message may be written to the family by visiting our website at www.jamesadyal.com. ARRANGEMENTS BY JAMES A. DYAL FUNERAL HOME, 303 SOUTH MAIN STREET, SUMMERVILLE, SC 29483 (843)873-4040.

The family of Arthur Francis Doty III created this Life Tributes page to make it easy to share your memories.

Send flowers to the Doty family.