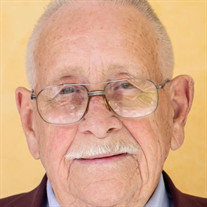 Carl Brownlo Bliesener, entered into eternal rest on December 30, 2021 in Charleston, SC. Mr. Bliesener was born in Columbia, SC on April 4, 1932 to Major Arthur G. and Irene Bliesener. Throughout his youth he travelled extensively with his parents and older brother Arthur to many areas of the world. He finished high school at Marion Military Institute in Alabama and then returned to Charleston where the family had settled to attend college at the Citadel from 1950 to 1954. Upon graduation he accepted a commission as a 2nd lieutenant in the US Marine Corps. After completing Officers training, he attended flight training and embarked on his first duty station in Japan to fly jet fighter planes. Upon leaving the military he owned his own housing construction business and then joined Daniel Construction out of Greenville, SC for a long and exciting career. He travelled all over the world, including a 7 year stay in Saudi Arabia, taking his family with him. He retired in 2000 and he and his wife Joyce settled back down in Charleston to enjoy their children and grandchildren. In retirement he remained busy with his woodworking business in his home workshop, flying model aircraft, and enjoying cruises with his bride of 44 years. Joyce passed in 2008, but he stayed in the family home and continued his woodworking. Carl is survived by his daughters Lisa Bliesener Lynes and her husband Frank Haeussler, Peggy J. Weber and her husband Guenter Weber, Kat Walker-Yohn, and his daughter in law Homa Walker. He was blessed with several grandchildren: Suedi Walker Hansen, Kira Maria Raph, Selena Konstantina Weber, Jamie Lynn Yohn, and Jacob Carl Lynes. His life was even further enriched by his great grandchildren Grace Hansen, Walker Hansen, Guenter Steinheil Raph and Indi Loretta Raph. He is also survived by his nephews, Eric and Michael Bliesener, sons of his late brother Arthur. Visitation will be held on Tuesday, January 4, 2022 from 6 o’clock to 8 o’clock at James A. Dyal Funeral Home. Funeral Service will be held Wednesday, January 5, 2022 at 1 o’clock at James A. Dyal Funeral Home Chapel. Burial to follow at Live Oak Memorial Gardens 3093 Ashley River Rd Charleston SC 29414. A memorial message may be written to the family by visiting our website at www.jamesadyal.com. ARRANGEMENTS BY JAMES A. DYAL FUNERAL HOME, 303 SOUTH MAIN STREET, SUMMERVILLE, SC 29483 (843)873-4040.

Carl Brownlo Bliesener, entered into eternal rest on December 30, 2021 in Charleston, SC. Mr. Bliesener was born in Columbia, SC on April 4, 1932 to Major Arthur G. and Irene Bliesener. Throughout his youth he travelled extensively with his... View Obituary & Service Information

The family of Carl B. Bliesener created this Life Tributes page to make it easy to share your memories.

Send flowers to the Bliesener family.