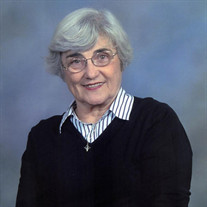 Dr. Joyce Burris Bagwell, 88, of Summerville South Carolina, wife of the late William Howard Bagwell passed away peacefully with her family at her side on Monday, March 8, 2021. A funeral service will be held on Saturday, March 13, 2021 at 1 o’clock at Summerville Baptist Church, 417 Central Ave., Summerville, SC 29483. Burial will follow at Dorchester Memorial Gardens, 11000 Dorchester Rd., Summerville, SC 29485. Joyce was born in Charleston, South Carolina on July 6, 1932. She is survived by her son William Howard Bagwell, Jr. and daughter-in-law Linda Bagwell of Summerville, SC and sister Barbara Weeks of Savannah, GA. She had three grandchildren, Billy (wife Amanda) Bagwell, Kayla (husband David) Kincaid and Cierra (husband Austin) Cartee and four great-grandchildren Brantley and William Bagwell; Addison and Lily Kincaid. In addition to her husband William and parents, she was predeceased by: son, John Bagwell; and brother, Chalmers Eugene Burris, Jr. Joyce was the daughter of the late Chalmers and Jennie Burris of Charleston, South Carolina along with her sister Barbara. She was active in ADK Honorary Teachers Sorority, the Charleston Woman’s Club, a member of the Daughters of the American Revolution and an active member of Summerville Baptist Church for over 50 years. She graduated from Meminger High School in Charleston then received her degree from Furman University in 1954. In 1982, she received her master’s degree from Clemson University and her Doctorate Degree from the University of South Carolina in 1992. Most of her 44-year teaching career was at Charleston Southern University and was awarded the Distinguished Professor of Geology. She was bestowed The South Carolina Order of The Palmetto, South Carolina’s highest civilian award, in 1997. Affectionately known as the “Earthquake Lady,” Joyce headed the Earthquake Preparedness Department at Charleston Southern University, writing and publishing numerous publications about earthquake safety in the Southeast. She monitored seismic activity in South Carolina for the United States Geological Survey for more than 20 years. In lieu of flowers, memorials may be made to Summerville Baptist Church - Music Designated Funds.

Dr. Joyce Burris Bagwell, 88, of Summerville South Carolina, wife of the late William Howard Bagwell passed away peacefully with her family at her side on Monday, March 8, 2021. A funeral service will be held on Saturday, March 13, 2021 at... View Obituary & Service Information

The family of Dr. Joyce Burris Bagwell created this Life Tributes page to make it easy to share your memories.

Send flowers to the Bagwell family.