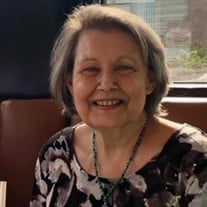 Lisa Ann Oliver, 61, of Summerville, wife of Robert Oliver, passed away on Tuesday, May 10, 2022. Lisa was born March 24, 1961 in Salem, MA, daughter of the late Anthony and Ann Dragoni. Lisa married her high school sweetheart, Robert Oliver in 1981. While Robert was serving in the United States Air Force they were stationed in Japan for 14 years. While residing in Japan, Lisa became fluent in the Japanese language and taught English to Japanese students. She loved Japan, not only the people but learning about their culture as well. She was always ready for an adventure to travel and explore within Japan and also other nearby countries with her family. They later returned to the United States where she attended the Medical University of South Carolina and obtained her Bachelor of Science in Nursing. While in school she began working at the VA Hospital in Charleston as a VALOR student. She graduated in 2002, and began working there as a full-time nurse. After becoming a seasoned nurse, she often was a preceptor to new nurses. Lisa was known as being a compassionate nurse and a mentor to new nurses and students in the field. Later in her career as a Registered Nurse, Lisa became a Clinical Researcher and participated in many trials and studies with the Veterans Hospital. People said they remembered her as always being kind, caring and willing to help fellow nurses during her shifts. Lisa and her husband had the kind of relationship everyone would hope to have, she loved to laugh and “Ollie” (Robert) was just the person to make that happen! She and her family were extremely close, and she was always there for her family. She enjoyed fishing, boating, cruising, traveling and most importantly, spending time with her grandchildren. Lisa loved her family fiercely, she fought a hard battle to be with them for the past 4 years. She was a friend to many and will be remembered for her kind and loving soul. Survivors in addition to her husband Robert of 41 years, include: Two Children: Katie Lowell (Brett) and Robert Oliver, II (Lisa); Two Grandchildren: Emma Lowell and Anthony Oliver. Family and friends are invited to attend her visitation on Sunday, May 15, 2022, from 6 o’clock to 8 o’clock at James A. Dyal Funeral Home. A funeral service will be on Monday, May 16, at 6 o’clock at James A. Dyal Funeral Home. Burial to follow on Tuesday, May 17, 2022 at Beaufort Nation Cemetery in Beaufort, SC. Flowers will be accepted or in lieu of flowers, memorials may be made to the South Carolina Ovarian Cancer Foundation-Lowcountry Chapter. www.scovariancancer.org In memorial to Lisa Oliver.

The family of Lisa Oliver created this Life Tributes page to make it easy to share your memories.

Send flowers to the Oliver family.