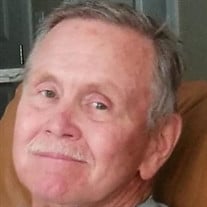 Rick Lee Chess, 71, formerly of Greenville, PA, passed away on Thursday, December 17, 2020 at Roper Berkeley Hospital. Rick was born January 15, 1949 in Greenville, PA to Lloyd & Virginia (Little) Chess. He married Doris Osborne on August 14, 1982. He graduated from Reynolds High School and served in the Army during Vietnam as a Ranger of the 173rd Airborne Division and received the Bronze Star, Purple Heart, Air Medal, Republic of Vietnam Gallantry Cross and Republic of Vietnam Civil actions honor medal for his service. He worked at Penn Power, as a Lineman, for 31 years. He was a member of Wassamassaw Baptist Church and a lifetime member of the 173rd Airborne Brigade Combat Team (“Sky Soldiers”), DAV and Reynolds VFW. Rick enjoyed outdoor activities and sharing his wit and fellowship with many friends. He mostly enjoyed spending time with his wife, kids and grandkids. In addition to his wife, Doris, he is survived by four children: Jim Perry (Christine) of Plum, PA, Stacey Broerman (Jared) of Grove City, PA, Kelly Chapman (Jeron) of Havelock, NC, and Jon Chess (Meloney) of North Huntingdon, PA; multiple grandchildren; and two siblings: Lois Youngblood of Hadley, PA and Raymond Chess of Monroe, VA. In addition to his parents, he was predeceased by brother, Rodney Chess. Due to COVID-19, a private service was held with immediate family. A burial will be at a later date at Arlington National Cemetery. In lieu of flowers, memorials may be made to ALS at www.donate.als.org/donate or Cystic Fibrosis at www.cff.org. A memorial message may be written to the family by visiting our website at www.jamesadyal.com. ARRANGEMENTS BY JAMES A. DYAL FUNERAL HOME, 303 SOUTH MAIN STREET, SUMMERVILLE, SC 29483 (843)873-4040.

The family of Rick Lee Chess created this Life Tributes page to make it easy to share your memories.

Rick Lee Chess, 71, formerly of Greenville, PA, passed away on...

Send flowers to the Chess family.