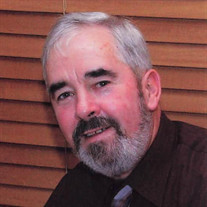 Siril Mariskco (Ricky) Bodiford, Jr., 74 of Summerville, SC It is with heartfelt sadness that the family of Siril Mariskco (Ricky)Bodiford, Jr. regrets to announce he has entered into eternal rest on August 10, 2021 at Lowcountry Hospice – Agape Care, Summerville, SC. Family and friends may call James A. Dyal Funeral Home, 303 South Main Street, Summerville, SC, on Friday, August 13, 2021, from 12:00pm – 1:00pm. Funeral services will be held on Friday, August 13, 2021, at 1:00pm James A. Dyal Funeral Home. Burial will follow at Plantation Memorial Gardens, Highway 17A S, Moncks Corner SC. Flowers will be accepted or memorials may be made to Coastal Center Parents and Guardians, 9995 Jameson Road, Summerville, SC 29485 and memorial messages may be left on James A. Dyal website. Ricky was born on November 23, 1946, in Blakely SC. He was the son of the late Siril M. Bodiford, Sr. and late Gertice Cooper Bodiford. Ricky was a graduate of Berkeley High School in Moncks Corner, SC and proudly served in the United States Army. After returning from the Army, he worked for the Family-owned business. Ricky worked hand in hand alongside his brother Bill Bodiford with S.M. Bodiford and Sons Logging that was started by his father "Siril M. Bodiford, Sr." in 1942 and continues today through his nephew, Billy Bodiford. The logging company is a third-generation company featured in "Southern Loggin' Times" July 2012 edition. He enjoyed working in the woods with his family – no doubt logging was in his blood. The things he cherished most in life were his love for God and his family. He was an avid NHRA fan. He truly enjoyed going to local antique car shows where he would enter his 1964 Chevrolet Corvette in the shows. Ricky enjoyed traveling and going to different places – along the way enjoying fine dining. Ricky was a true and loyal friend – if you needed him, he was there. Ricky had the gift to gab – he loved telling jokes. He always had a joke or story every time he saw you and in a short period would have everyone laughing. Ricky was a very happy and loving Father, Grandfather, Son, Brother, Uncle and Friend - if you had the opportunity to know him you were truly blessed by an amazing person. He will be greatly missed. Affectionately known to his grandchildren and great-grandchildren as “Grandaddy" he loved spending time with them during their weekend breakfast meetings at different restaurants. Ricky is survived by his special friend of many years Nancy Novy of Summerville, SC; son, Jesse (Jay) Bodiford (Shane) of Moncks Corner; Grandchildren, Brittany Kennedy (Nicholas) of Summerville, SC, Taylor Bodiford (John) of Summerville, SC, Blake Bodiford of Moncks Corner; 4 great-grandchildren, Nicholas Kennedy, Holland Kennedy, Kason James Rabago and Tala Olivia Rabago. Also included his sisters, Jerri McDonald, Bobbi Carr (Cecil), Joann Phipps (Bobby); brother, Wayne Bodiford (Cheryl); Sister-in-law, Linda Bodiford, many nieces and nephews and his best friend of 60 years, Billy Joe Smith. He was preceded in death by his wife, Lois Brown Bodiford; father, Siril M Bodiford, Sr.; mother, Gertice Cooper Bodiford; brother, William “Bill” Jasper Bodiford; grandson, Tristen Bodiford; niece, Rebecca Michelle Bodiford; nephew, Cecil Carr, Jr.; brother-in-law, Kenneth T. McDonald; grandmothers, Rebecca Jane Cooper and Mary Elizabeth McGee Bodiford; grandfathers, Willie Cooper and William Jasper Bodiford.  A memorial message may be written to the family by visiting our website at www.jamesadyal.com. ARRANGEMENTS BY JAMES A. DYAL FUNERAL HOME, 303 SOUTH MAIN STREET, SUMMERVILLE, SC 29483 (843)873-4040.

The family of Siril Mariskco (Ricky) Bodiford, Jr. created this Life Tributes page to make it easy to share your memories.

Send flowers to the Bodiford, family.