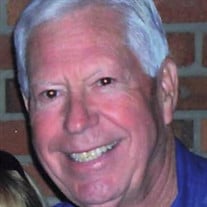 William Rogers Flynn, Jr., 88, of Summerville, husband of Cynthia Yarborough Flynn passed away on Sunday, August 15, 2021 at Veterans Victory House. A graveside service will be held on Tuesday, August 24, 2021 at 11 o’clock at Beaufort National Cemetery, 1601 Boundary St., Beaufort, SC 29902. In lieu of flowers, memorials may be made to Tunnels to Towers Foundation at www.t2t.org or Wounded Warriers at support.woundedwarriorproject.org/donate Bill was born on December 25, 1932 in Augusta, GA, son of the late William Rogers Flynn, Sr. and the late Dorothy Harrison Flynn. He graduated from Darien High School. He enlisted in the US Army at 17. He served in Europe, Korea, Greenland, and two years in Vietnam 1966-1967 and 1969-1970. He retired July 1, 1973 and worked for the US Navy on building and testing C3 Poseidon for 11 years 1974-1984. He was a Flight Control System Inspector, he started his own business and traveled all over the world. Bill was a Master Mason in Ft. Jackson Lodge 843. He enjoyed fishing. Survivors in addition to his wife Cindy are: seven children: BJ Smith (Jackie) of N. Charelston, Diane Appling (Stanley) of Gainesville, GA, Earl R. Flynn of Summerville, Kathy Collie (Mike) of Summerville, Rhonda Flynn of Summerville, John D. Duncan (Sarah) of Easly, SC and James P. Duncan of Clermont, FL; many grandchildren and great grandchildren; and four siblings: Jack H. Flynn of Augusta, GA, Charles R. Flynn of Augusta, GA, Molly Flynn of Nashville, TN, and Johnny Flynn of Augusta, GA. In addition to his parents he was predeceased by two siblings: Jimmy Flynn and Clyde Flynn. A memorial message may be written to the family by visiting our website at www.jamesadyal.com. ARRANGEMENTS BY JAMES A. DYAL FUNERAL HOME, 303 SOUTH MAIN STREET, SUMMERVILLE, SC 29483 (843)873-4040.

The family of William Rogers Flynn, Jr. created this Life Tributes page to make it easy to share your memories.